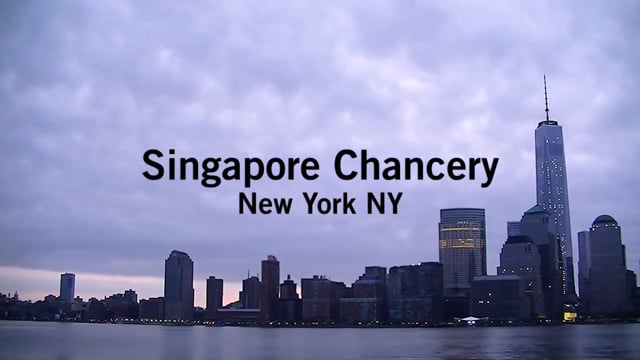 For the exterior lighting of the Singapore Chancery in New York City, we wanted to create a design that provided a layered lighting response to create a versatile facade so that the client could adjust the visual appearance of the building at night. We designed the lighting for the façade to make it visually identifiable from in front of the building, across the street, and block away. The facade lighting was integrated into the interior facade panels along with the MEP to create one system along the facade.

For the building’s interior spaces, we used lighting to accentuate each type of space to create distinguishable spaces. We created a versatile lighting system for the multipurpose room that both highlights the architecture of the space and allows the owner to respond to the different uses of the space. We created a uniform lighting approach for the “atrium” that made it visually identifiable from the exterior of the building.